Kick doors down with our boots 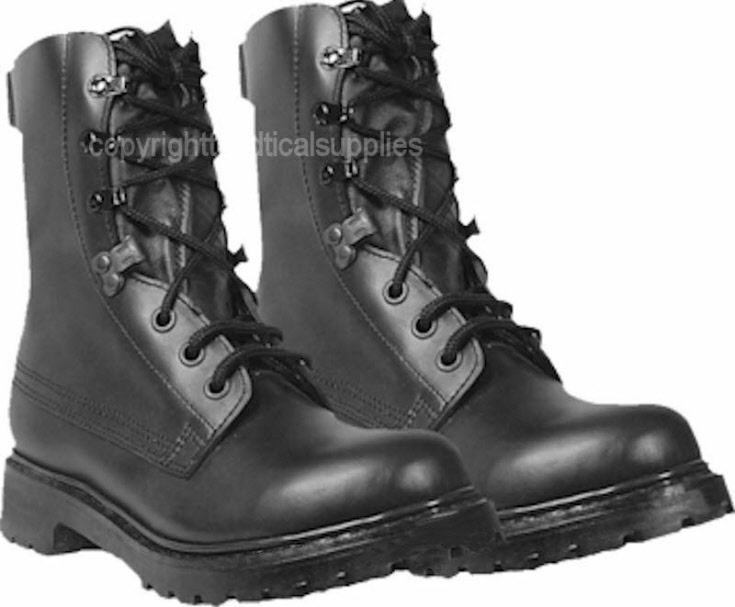 We have in stock Lowa military boots, Magnum, Police , cadets , desert and field boots. We have the best prices and next day delivery. Lowa , 511 , Bates and many other of  Boots. We have been in business selling , combat  footwear and army boots for over 25 years. Military boots did not start out selling boots but started  in the walking boot industry. It was not long before we became known as  military combat footwear supplier and started out by selling footwear for the marines at the Clyde base. Military footwear fast became one of the main departments of military boots, now famous range. The first military boots we sold were tried and tested in Northern Ireland by Special Forces. A great deal of advice comes from the outdoor industry. Other types of footwear had been used before and found to be wanting as the foot became cold. It was noted that the good military boots kept the feet dry and warm. The result was to develop the military range, which included the lightweight boots now is our range.The lowa range has been a great success with all the services.

The army footwear styles was again developed further when the Mountain and combat ranges were introduced. This military boot ( mountain) was much the same as the combat boots– the mid sole was the very tough  material mid sole used in the civilian outdoor mountain boots; this has made the combat boot more suitable for tough and rugged terrain.The two main military boots; combat and mountain became the forerunners of lowa military footwear stock. This range has now been enlarged to include; jungle boots, Desert boots, combat boots, boots for both the S.A.S. and S.B.S. and a whole host of other styles of footwear – one of the best range of military boots and combat footwear available anywhere – Military boots are now much sought after by civilians as well as military.It is not usually know but the Special Boat Squadron wear Bates Boots. They tested them for months before choosing the Brand.Of course they do not just use the bates brand but they do use them and it shows how important the boots have become in the last few years.I am sure this brand will become as well know as magnum or lowa. Low still remain one of the most popular types of footwear for the soldier. It seem to be word of mouth that sells these boots.

This is a great site for all types of army boots. We try and give people with boots at some of the best prices in the UK. If you need a pair of military boots then look no further. They are important bits of kit. We have a great range of military boots ready to be sent out same day.

Our Military Boots are in stock and ready for delivery across the UK. We have been supplying the UK with Military Boots for over 30 years providing good quality Boots at affordable prices. We have a range of different Military Boots available to suit everyone's budget, we stock Lowa Boots, Magnum, Hi-Tec , Grafters and many other popular brands

Now have a special discount on all Magnum boots, massive reductions on the most popular styles. We have tried to make the magnum  boots the cheapest on the the internet.